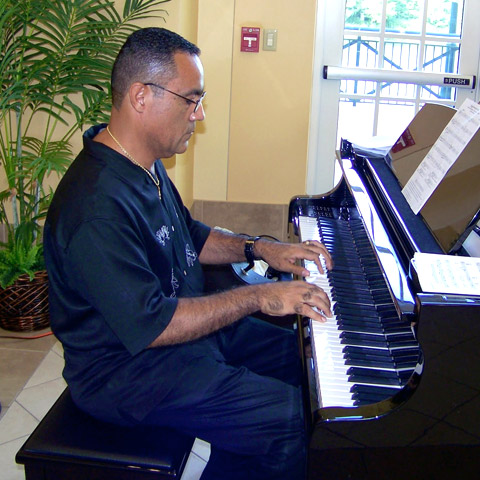 Robert Navarro is an accomplished New York City performer with more than 25 years of experience as a professional pianist, teacher, arranger and producer. Mr. Navarro holds a Bachelor of Fine Arts (BFA) from The City College of New York and a Master of Arts (MA) from New York University. He has also studied at Mannes College The New School for Music (Extension Division for Jazz Studies), and Manhattan School of Music (Classical Studies).

On September 2004 he produced a Grammy winning album for Conjunto Clasico. On December 2007 he received a Grammy as an arranger with Bobby Cruz Romanticos de Ayer, Hoy y Siempre Song Envidia. On April 2011 he received an award from the Treasure Coast International Film Festival for the musical arrangement of the song City Within a Dream for Best Original Song in a Motion Picture.